Susan Barocas believes food and film are two of the best ways to build bridges of understanding between people. She is a film producer and writer as well as a food writer, teacher and chef. In the food world, Susan was honored to serve as the guest chef for the Obamas’ White House Passover Seders in 2014, 2015 and 2016. A member of Les Dames d’Escoffier, she cooks, teaches and speaks about cooking and foodways to individuals and groups of all ages in the US and abroad. Susan has written for the Washington Post, Lilith and Moment magazines among others, and was the founding director of the Jewish Food Experience and its award-winning website.

The former director of the Washington Jewish Film Festival and the Women in Film and Video International Festival, she currently consults on film programming, outreach and community building for festivals such as AFI Docs and the Washington DC International Film Festival. Her film work includes co-producing the documentary film Maine Girls (2017), which explores the important role that young people can play in bridging cultural and religious divides. Susan directed the award-winning national outreach program for National Geographic’s 3D giant-screen film Jerusalem (2014).  Her screen credits include PBS, Discovery, Channel 4 (UK), Planet Green TV, Maryland Public Television and numerous non-profit organizations. She is an advisory council member of Women in Film and Video DC and, for several years, the Circle Award jury chair for Filmfest DC. Miguel Baca Barragan, a Colorado native, has an eclectic background that ranges from multi-media productions to non-profit development to educating at-risk kids. As a young man, Miguel started an audio and video production company that focused on finding Latino talent and producing positive images of Latinos in the media. Later he worked as a Correctional Officer for the Arizona Department of Corrections. He served as an officer on the yard and as a training officer in the Academy. In addition, Miguel has an extensive multi-state background working with nonprofits that focus on health, at-risk youth, education and social justice. Including: with the St. John’s Community Center in San Francisco’s Mission District; the National Children’s Defense Fund; Latin American Research and Service Agency (LARASA). As Program Director of the LARASA Learning Centers, Miguel directed the operations of six online learning centers in three different at-risk neighborhoods in the Denver metropolitan area. Miguel has training in Public Healthcare Coverage options that include federal and state programs, is a healthcare navigator and a Certified Fundraising Executive International with Metasoft Online Continuing Education Point.  Miguel currently works with Latin Life Denver as a On Air Talent, Photographer and Journalist. Karen Z. Brass is a small business owner, an international public speaker and author and teacher. Her two published books, “I Am a Standupster” and her latest, “Trauma Filters Through” provide insights to the need for education on understanding and fighting against Genocide. Her website, www.standupsters.com is full of details, endorsements and photo opts of her speaking, sharing and educating. As the daughter of a Holocaust survivor, she shares through her second generation eyes the effects of such preventable trauma. Activist for Genocide victims current and past Advocate & fundraiser for Anti-Malarial Nets & Medical support in South Sudan. Linda has been on the board of Coalition Against Global Genocide for 9 years, serving as secretary for 3 years and currently as Chair. Rabbi Bernard Gerson is a Customer Care Representative at Anthem / Blue Cross-Blue Shield.  He is enjoying the start of a second career in healthcare, following his retirement this past July from a 30-year tenure as a Congregational Rabbi and Judaic Studies Teacher.  He served most recently at Denver’s Congregation Rodef Shalom and Denver Jewish Day School, respectively.  In addition, Bernie is Past President of the Rocky Mountain Rabbinical Council, one of the Co-conveners of the Metro Denver Faith Leaders Caucus, and Board Treasurer of Together Colorado.  His personal and professional interests are defined by a passion for social justice and support of mutual understanding within diverse communities. He is married to Sue Parker Gerson with whom he raised two children Peter is an Applied Anthropologist working on human rights issues involving refugees, immigrants and other marginalized people. His recent focus is on South Sudan, Bosnia and Timor-Leste. Suzanne was elected and served in the Colorado Legislature for 16 years:

Senator Williams is the only registered American Indian State Legislator who has served in the General Assembly. Suzanne served with distinction as Chair of the State Veterans & Military Affairs Committee, Vice-Chair of the Transportation and Business, Labor & Technology Committees. She also served as a member of the Education, Transportation & Energy, Judiciary and Appropriations Committees. Suzanne was elected as Senate Majority Caucus Chair.

Suzanne has served on several non-profit Boards and currently is the Executive Director for the Colorado Legislative Women’s Caucus.

Senator Williams received her education at Baylor University and her Masters from the University of Colorado. She has a reputation for being a collaborator and has built her career on helping others achieve. (Eastern Band Cherokee and Tiano) is the Founder/Vision Holder of Her Many Voices Foundation, NYC and CO, USA

As the lead for Her Many Voices Foundation, Fall is pioneering an innovative hemp project in Haiti, developing a sustainable crop and building product for this besieged yet resilient population.

Fall’s background comes as a former member of FFA (Future Farmers of America) and graduate of an agricultural High School and University. Ms Fall is a TEDx Talk presenter (The Art of Igniting Action), a recipient of the New York State Assembly Citation Award, board member for Coalition Against Global Genocide, Tiyospaye Winyan Maka’s  (Lakota for Extended Family of Women of the Earth) Was’te’s (Women’s Alliance to Save The Earth) and the Boulder Valley Indigenous Peoples Day Parade and PowWow, all as a representative for Indigenous Peoples. Her philosophy is “Whatever I do for another, I do for myself.”

Fall is a mother of two, has been an educator, performing artists and public speaker for over 30 years, addressing humanitarian issues.

The daughter of immigrant parents who moved to Colorado in the early ’80s, Patricia is a Thai-Chinese-American who is interested in advocating for immigrants and refugees in our local communities and beyond. And because she inherited a love for all things food from her mother and believes that what we eat has the power to connect us all, Patricia is also passionate about sharing the stories behind dishes from different cultures. She graduated in 2010 from the University of Colorado with degrees in journalism and psychology, and is currently the assistant food editor at 5280 magazine. 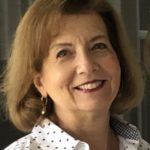 Although the problem of world wide genocide seems far away from my daily life and overwhelms me in its scope and magnitude, I volunteer at CoAGG to do my small part to try to improve the world and make it a better place for my children and granddaughter.  My work at COAGG is my way of honoring the millions of victims of the Holocaust which might have been prevented or lessened if the world had not turned a blind eye to the Nazis’ atrocities. This is how I express the gratitude I feel everyday for the blessing of living in America. 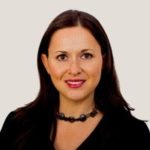